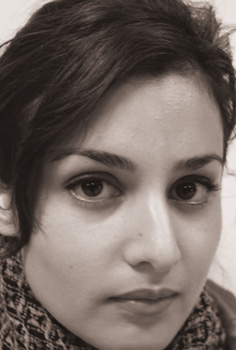 My name is Liesa and this is my Testimony.

I think- I think it would in a positive way. Because, it will increase young people’s awareness and knowledge about sports and stuff and- and just motivate them to- what to- I don’t know dedicate their time in something that will benefit their body, I guess. Because, I know music is something that’s- that- that they find passionate and stuff. And probably most of them aspire to want to be like pop stars or singers, or something like that. And by having like, sort of, like, fame attached to the Olympics being in London, maybe that would want to- want to do- Pursue something in sports because of that, I guess.

I would love to, one day, do like a marathon or something, like, have someone sponsor me. But, I’ve always wanted to learn how to play tennis, because I actually like watching Wimbledon but I don’t understand any of it, like the points scoring system. And whoever I’m watching it with, I’m a bit of a pain because I don’t understand it and they have to keep explaining it to me and then I’ll forget. But it just looks like what the other person do- It just looks really interesting and fun, and yeah. Probably tennis I’d say.

I do find the runners really impressive and I think it’s just amazing what they can put their bodies through and how long they can run and last for, really. I think they’re amazing, so I’ll be looking out for those- for them during the Olympics.