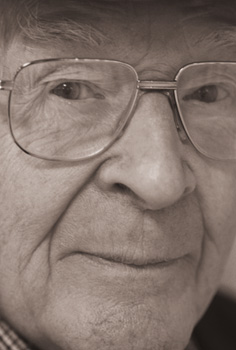 My name is Ronald and this is my Testimony.

Well the ‘48 Games came at a time when we were just recovering from the War with the rationing and things like that, and everybody were trying to readjust. And not today, you have so many things, like television, that can help.

Years ago, in ’48, you didn’t have the television sets; you were restricted to the cinema really.

A relative worked at Wembley stadium and he used to chat about them, but mainly people in those days had had the War and most of them were trying to get established again, and from my angle I was starting to try- I had started a business and I was concentrating on that and I had no chance to go to the Games anyway. And I had- In those days definitely, the newspapers used to- used to buy one everyday and that’s where you got most of your information.